“Wow! It is super cool!” — the most concise client’s feedback

“We did the Clipshot app on the basis of the knowledge of mathematics, statistics and computer science” — points out the formula of success DashDevs CEO and technical lead Igor Tomych.

A year after the release of the Clipshot mobile application we met Eli Huttner, Business Development Manager — our client at Double Alpha Academy, and made up our mind to share this story of innovation.

Double Alpha innovation — the Clipshot mobile accessory was created for those, who have recently been engaged in practical shooting, and, of course, for those who are seriously participating in competitions. A possibility to gather, analyze and demonstrate your drills, workouts and competition outcomes, own achievements and a capability to compare own results with results of other sportsmen makes a great contribution to the progress in the sports activity. This has become possible in just a few clicks giving thanks to the Clipshot app — the first video editing and uploading tool for professional shooters, which also allows sharing a shooting action like commercial TV episode from the competition. Due to the Clipshot app, you can share all information about your success with like-minded people, relatives, friends, and followers. “We decided to find out about the feedbacks of the Clipshot application users and were very pleased to learn that the first reaction was _Wow! It is super cool!_” — tells us Eli from Double Alpha about the first feedbacks.

“Many users think that it’s a very nice tool to use. Lots of them commented positively on the feasibility to see immediately on the screen all the information about the time of all shots fired, a lot of shooters shared a video with their friends and acquaintances”.

Double Alpha Academy — is a company that is totally dedicated to the sport of Practical Shooting and promote excellence in shooting within the International Practical Shooting Confederation. Their markets are worldwide through a network of over 180 dealers and distributors. The International Practical Shooting Confederation is the world’s second largest shooting sports association and the largest and oldest within practical shooting. Competitions are held with pistol, revolver, rifle, and shotgun, and competitors are divided into different divisions based on firearm and equipment features. Look at it from the beginning

Such a dynamic sport as a practical shooting becomes more and more popular. The number of people who want to learn this interesting and fascinating sport is growing day by day. Many of those who engage in the shooting, like in any sports, for the achieving certain results devote a significant part of their lives to their workouts, assessments, and self-development. In that connection, there is a need to create a variety of useful accessories for it.

And just a year ago, the Double-Alpha Academy shared with us ideas that were moving way beyond standard money-making business mindset. By “way beyond” we don’t mean losing commercial focus, but empowering it with value and meaning. That’s how DashDevs LLC started working on a product that could fit Double-Alpha Academy range of innovative products. One of such innovative, the modern and helpful product has become the Clipshot mobile application.

_With a_ Clipshot_,_ DashDevs _and_ Double Alpha have broken into the shooting market with an advanced shooting accessorize. The same time we have offered enhanced functionality to standard video editing mobile apps. On the brink of the creation of innovation

The mastery in practical shooting is evaluated as a balance of three main components:

Traditionally, a shot timer (an instrument that feeds an audio signal, records the time of each subsequent shot, displays the number of shots, and at the same time evaluates the speed of the shots) is used to record the results in training or competition in practical shooting.

During the exercise, the judge with the timer follows the shooter. Further, he records the time of the shooting, the number of shots in the results log, and the number of points minus the misses. Then an obtained result is divided by exercise duration and thus we receive the “hit factor” — the main indicator of the shooter’s skill. What are the opportunities with the Clipshot

We suggested a new convenient solution which designed to combine all the above features.

⏯ You can get away from manual recording

The implementation of the app helps sportsmen to simplify the training and competition process and allows a gunner to get away from manual recording and results handling.

🎦 You can get your own video from your shooting

Without the Clipshot in your phone, it is necessary to have at least a shot timer with built-in shots analyzer, video camera, computer (for analysis and processing of the competitions results) or a scorer for manual writing and keeping records. As already mentioned above, the application additionally allows you to create your own unique video episode from your shooting competitions and drills.

⤴️ You can share your videos with like-minded people

The possibility to use this application for conducting competitions between like-minded people is the unconditional convenience for the users. So, while you are in different locations, you can freely share the results of your sporting event in just after a few touches on the screen. Boys and girls from your community and your brothers and sisters in arms always can watch your progress. And all these opportunities have been created due to the Clipshot app.

Also, the Clipshot allows you to improve the skills via conducting the self-supported drill exercise at any suitable for any user time, send a video from the workout to a coach requesting a feedback remotely. When you proceed the Clipshot app identifies the start beep (which means the beginning of the exercise) and the sound of all shots fired. Further, it crops a video, from right before the start to after the latest shot in action. So, a user has access to a full range of shots on the right sidebar and all that he or she needs is adding a name.

Still, whatever happens, we have developed editing tools to make a user less dependent on the system, which now independently doing all operations described above.

Now, after these easy steps, the shooter receives a customized video that looks like a commercial TV episode from shooting competition.

You can watch the full tutorial here.

As the video plays, the individual shots are displayed alongside the action, scrolling up as the shooter runs through the stage.

Your time and hit factor are displayed as well. Final video includes your name and score and a branded Intro animation. It’s all set. At the final step, it takes a couple of clicks to upload it to your Facebook page or YouTube channel.

“We did the Clipshot app on the basis of the knowledge of mathematics, statistics and computer science” — about the creation process points out DashDevs CEO and technical lead Igor Tomych. — One of the main features of the application is the reliable recognition of the shot sounds in the video. It is developed using the principles of mathematics — signal processing (DSP). In more details, the calculation of the spectrum of a signal is carried out by means of a Short-time Fourier transform.”

Summing up, Dashdevs assures that the use of the Clipshot application simplifies the process of conducting competitions and drills in many times for everyone involved in the practical shooting.

Since the Clipshot combines all useful functions on a mobile device and helps to unite people who are enthusiastic about one thing, constantly supporting and improving their skills in numerous drill exercises and competitions. The Clipshot app has become a fellow traveller for lots of users engaged in practical shooting. The advanced level is a mastery of the basics — logic, and reasoning. Just free some space from anxiety and invent. Release your potentials and do some science to make it notable.

Dozens: from an Idea to the Digital Financial Institution in 9 Months

Have you ever thought about launching a successful digital product? Dreaming of a brilliant idea that would change the world, attract followers, and enhance global consciousness. We are constantly … 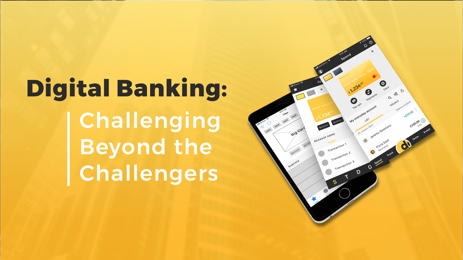 “I have learned that success is to be measured not so much by the position that one has reached in life as by the obstacles which he has had to overcome while trying to succeed.” — Booker T. …

How to Develop a Messaging App

One of the biggest mistakes of software engineers on the implementation stage is a lack of understanding of the specific issue they face or lack of will to find the right solution. Moreover, there …

This year has already prepared many surprises for each of us. The technological tsunami carries us faster and faster to the “new reality”: AI-powered technologies, machine learning, neural networks, …

2% of the free domains contain previous users’ personal data that can be easily stolen. Sounds crazy! Even if you don’t use your domain it can afflict damage to you and your business. I would …

The Apple team has a strict vision concerning the quality of mobile applications. This is really great for the users because the Apple team works hard to make the App Store a trustworthy ecosystem. …
Show comments