The last couple of months have seen a series of high-profile layoffs amongst what had previously been seen as some of the brightest stars in the fintech firmament. Companies that had been experiencing record growth, and some of the most-hyped fintechs in the world, have said goodbye to employees in what have often been shock moves.

The COVID pandemic has clearly been a factor in these layoffs, with businesses recalibrating in order to reflect the new economic situation. But COVID is not the only reason for letting staff go, and some companies are being forced into layoffs with entirely different causes.

So why are fintech layoffs happening, and what is the future of fintech recruitment?

Which fintechs are laying off staff?

Over the last couple of months, several prominent fintechs have let staff go. In May, Acorns, a startup that gives consumers the opportunity to invest spare change in stocks and shares, laid off as many as 70 people and closed one of its four offices. This is despite the company experiencing record growth; just a few weeks previously, it hit the 7 million user mark as more consumers took advantage of the bearish stock market.

On the same day, credit card company Brex laid off 62 members of staff as part of a restructuring to “better align our priorities with this new reality” of lockdown. Brex’s customer base is made up of high-growth startups, for whom it offers bank account facilities. Clearly, these customers are also struggling to deal with the ‘new normal’, and they are reducing their spending as a result. Brex, and indeed any company in the payments space, is in a risky position: they are at the whims of the spending patterns of their customers to a far greater degree than some other fintechs.

In June, digital banking software startup Synapse laid off as many as half of its full-time employees. The company’s CEO, Sankaet Pathak, said the terminations were required as a result of ongoing COVID measures, but they followed a parlous few months for the company in which it was sued by a number of former employees and, according to Forbes, had seen an exodus amongst customers.

Meanwhile in the UK, Monzo laid off 120 staff in April following a previous round of 195 redundancies and the closure of its Los Angeles office. Revolut reportedly let 60 staff go, while N26 terminated 10 per cent of the staff in its New York office. All three blamed COVID for the redundancies.

Why are fintech layoffs happening?

COVID is clearly a major factor in many of the layoffs seen in the fintech sector in recent months. The impact of global lockdowns, and the resulting collapse in consumer spending, has been catastrophic for fintechs that rely on people opening their wallets. That impact has been most acutely felt by the challenger banks, and Monzo appears to have suffered most significantly.

But changes in consumer spending have also affected some fintechs in surprising ways. At first glance Acorns would appear to been very well placed to weather the financial storm, with consumers looking to take advantage of a struggling stock market while also spending less thanks to lockdown. But in fact Acorns have recently also launched a debit card product, moving them into the payments space - a difficult area to operate in during a period of significant economic uncertainty. Most importantly, though, the layoffs have been caused in least in part by the company’s decision to outsource some of its customer support functions. As reported by TechCrunch, Acorns has partnered with TaskUs to bring on as many as 80 contracted customer support operatives, allowing it to grow its headcount elsewhere.

What is the future of fintech recruiting?

The latest rounds of redundancies underscore the fact that the fintech landscape is constantly shifting. Fintech startups are vulnerable to broader economic shifts, and businesses that rely on steady consumer spending will be particularly acutely affected by any downturn.

But there are ways to mitigate the impact of changing economic positions, and many of these involve taking a more flexible approach to fintech recruitment in the first place. There is a temptation, especially amongst newly well-funded startups, to go on major hiring sprees. There is an assumption that fintechs must have their own in-house development teams capable of delivering a product throughout its lifecycle, and the costs associated with this are huge. Acquiring and training talent is a significant outlay, and in addition to this there are ancillary costs such as benefits. These can add up to an unviable burden during periods of downturn.

The alternative is to outsource - and, as we’ve seen, this is what Acorns are already doing. The company has entrusted some of its customer support function to a third-party company, allowing it to enjoy flexibility and easy scaling without having to bear the costs of a static and unwieldy labour force.

But outsourcing isn’t just the preserve of support departments. Increasingly, fintechs are realising the importance of partnerships throughout the development process. Companies like DashDevs, which specialise in fintech development, can help startups bring their app and product ideas to market quickly and cost-effectively, and can significantly reduce costs associated with the high headcount required to build in-house.

Crucially, outsourcing doesn’t mean entrusting a fintech product to a faceless consultancy that doesn’t understand or care about your business. Consultancies like DashDevs work on a ‘team augmentation’ basis - that is, they sit alongside fintechs’ existing departments, and embed themselves within the business. This means that fintech startups get the best possible fit and the best possible product, without the need to invest so heavily in expensive development teams.

Outsourcing and team augmentation looks set to be one of the defining characteristics of the future of fintech. It will allow businesses with great ideas to build their products in a sustainable way, and will help to reduce the necessity for costly and painful layoffs during periods of downturn. We all live in a digitized world. We use dozens of different applications daily. Messaging apps, sport tracking apps, apps to manage daily tasks, audio and/or video providers, banking apps, and …

The Fintech Revolution in Banking Services

When we hear or read of failure, we usually remember our hard times or even some painful situations. Our unconscious fear of fatality raises in our minds. But we also know that failures happen, and if … 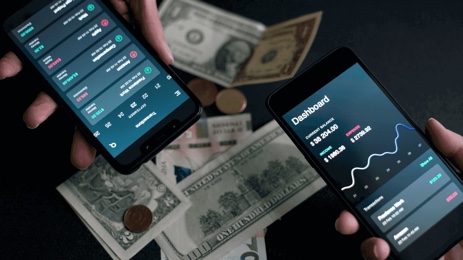 How to Develop a Fintech App. Hints from Fields

There hardly exists a sphere of human activities untouched by mobile applications. Apps fit the swift pace of life entirely. We get used to the level of comfort mobile services provide anywhere and at … 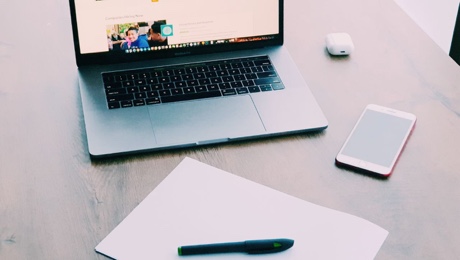 The Dunning-Kruger Effect on Startups

“Startup” has become a usual word for us. Everybody knows what it means, but this word had no official definition for a long period of time. Commonly when we talk about a startup, we often think about … 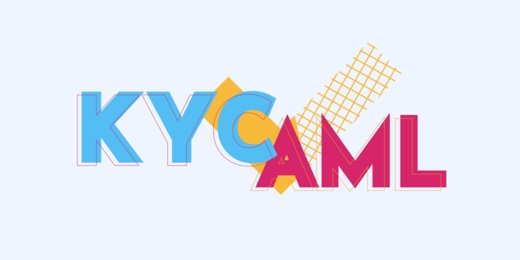 KYC: How to Avoid Fraud in Your Fintech App

Nowadays, people can run the world via their mobile phones. We can communicate with friends, perform task management, financial operations, order or buy things, and so on. Nearly every aspect of our …
Show comments