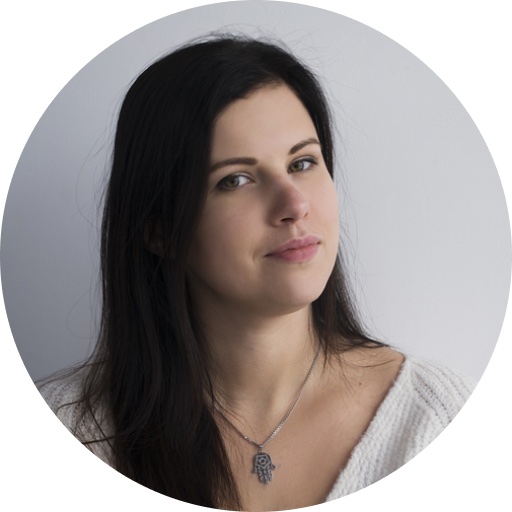 Irina is focused on combining human intelligence and technology innovation to unleash new capabilities and shake up global markets. Her dedication to digital product development helps to create powerful applications and complex enterprise systems for Financial Services, Retail, Entertainment, and other industries. She is passionate about product strategy, UI/UX design, Data Science, and disruptive technology.

Product design is the combination of the user experience (UX) and user interface (UI) empowered by product vision, marketing strategy, and customer behavioral analysis. Sometimes a product designer’s position is misapprehended, and the required skill set for the position is not always fully understood. First of all, product designers are engineers who need to analyze user problems, find the areas where critical issues exist, and create solutions that fit the users’ needs and meet the business’s goals. A good designer needs to know the best practices in design, understand the development process, and its technical aspects. The process of product design engineering is fascinating to say the least.

Professional product designers can create anything from physical goods to the design process. An effective design department is a requirement at Dashdevs. More than a year ago, however, troublesome situations within this department hit us right in the heart. In defense of the product designers, I should say that the rhythm of our company can be challenging; we work fast, make swift decisions, and judiciously analyze results.

At the beginning of the improvement

All companies have issues during the scaling process. At the beginning of 2018, Dashdevs had 8 UI/UX designers who were regularly working on different projects. The basic overview: we had a process of the design cross-review, file management system on the hard drive, and a maximum of two designers on the same product. Everything was running the way it should, right up to the moment when Dozens application entered our world.

Dozens is a financial institution that became a real challenge for the team. On one hand, creating a product from scratch was a dream opportunity for our designers. On the other hand, everything needed to be done fast and robust. While working with Dozens we came to the understanding that we needed to make critical changes to some of the processes within our company.

The design development process started with only one full-time dedicated designer. However, during the course of the first month, the size of the team was increased to four dedicated designers, requiring strong collaboration among the team.

The design creation process consisted of wireframing, style creation, prototyping, and design finalization. The application has seven significant components, each of which can be separate apps. At the beginning of the design development, the designers were communicating directly with the client, but this process became ineffective with four designers. The product team was growing, so we had to add a product owner and a business analyst on the Dashdevs side. There wasn’t so much time left before we needed to start mobile and web app development, so needless to say, the timeline was incredibly tight.

Although it may sound easy, especially now that I am writing it, the process of design creation was not so bright and sunny. We had extremely long meetings every day. The client was always changing the scope, features, and style. This combined with the Clients’ high expectations and natural perfectionism for the design lead to our product team becoming extremely exhausted and worn out. We were trapped in the process, and the fact that it was destroying the results went unrecognized. After two months of the design development, we had a long retrospective meeting that was dedicated to pinpointing and resolving the hindering issues, and moving forward with the improvements. We needed such a meeting. Looking back, I can say it was a necessary as the air we breathe. It was almost three hours long, but nevertheless, advantageous. The team created a list of the most significant time-consumers:

Engineering of the design process

The understanding and acceptance of these problems was a significant step forward for us. When we took a look from a bird’s eye view and realized that the same problems were met all across the company. They didn’t catch our attention because of the scale of the projects. One person was losing a few hours, and consequently, a team of five designers was losing up to 30 hours per week. It was a critical issue for us and for the company. We started engineering the process of design development by dividing it into the following stages:

A toolset for an effective designer

After a month of internally testing the new solutions of our design process, we came to the conclusion that it completely suits our business needs. This toolset became the best practice for Dashdev’s designers.

Abstract for design versioning - The merging process is the most crucial issue that consumed our time. We were choosing from different apps such as Plant, Kactus, Github, but they didn’t meet our requirements. The Abstract tool’s friendly interface won our hearts and minds. In addition, it uses GIT flow for file versioning. The issues that we solved were as follows:

Marvel tool for prototyping. We changed the tools set for prototyping too. We found out that Sketch could be easily integrated with Marvel. The links between the artboards and hotspots were made in Sketch. When all the screens were visible, it was easy to link them. We saved about 75 percent of our time on prototyping. The prototype update was done in a few clicks.

In addition to the tools, we created a policy that described the processes we wanted to have and the results we wanted to achieve. Now the usage of the Sketch, Abstract, and Marvel are essential for our company. However, the best is yet to come. We are reviewing the process every six months and are always looking for ways to improve it.

Irina is focused on combining human intelligence and technology innovation to unleash new capabilities and shake up global markets. Her dedication to digital product development helps to create powerful applications and complex enterprise systems for Financial Services, Retail, Entertainment, and other industries. She is passionate about product strategy, UI/UX design, Data Science, and disruptive technology.

I have thousands of applications on my devices. I’m an active user of iPhone and Samsung at the same time. If smartphone addiction comes to your mind, you did not guess it right. I am a product …

It is not another design article. It is just a confession about my pain. My personal belief is that everything in the design must be logical. No matter if you create the UI for the application or you …

What is the difference between a designer and an artist? What is the primary goal of design? How can you recognize outstanding design? My mind is getting around the answers to these questions. I am … 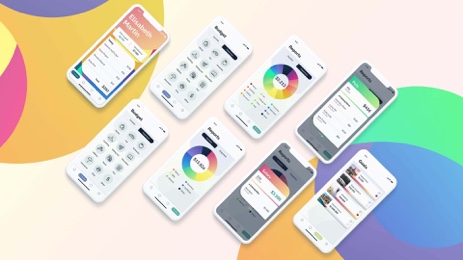 My very first budgeting tool was MS Excel. It was a really convenient solution 12 years ago. I created my budget items and planned my expenses per month. Every evening I put some numbers in this … 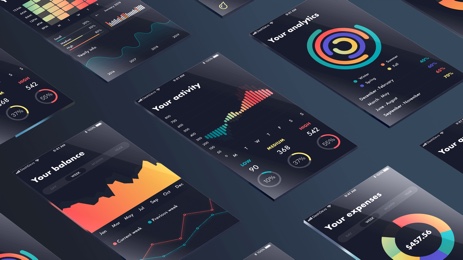 Many applications use charts to simplify the perception of numeric information for a user. It is a straightforward and user-friendly solution. Nowadays we can not imagine any monitoring, health or …
Show comments